Home What's On
Running from 16 - 18 July, 2021, the programme features international and Scottish artists including musicians, dancers, poets, acrobats, jugglers and cooks. Carnival and ‘social distancing’ are not exactly what you’d call mutually compatible concepts, so we've created an online programme you can tune into and recreate some of those Carnival vibes at home. The three-day celebration will feature a vibrant mix of performances and workshops - all free and brought to you on Youtube and Facebook. Check out the programme below, and we'll bring you lots more information on timings and how you can get involved in the coming weeks

Check out the programme

Day one features carnival arts from four companies around the world:

We also present carnival work being made in Scotland from three community groups:

From the comfort of your own home, you can travel the world with Edinburgh Festival Carnival:

We also showcase carnival arts taking place in Scotland with:

For day three of Carnival, we travel (virtually) to: 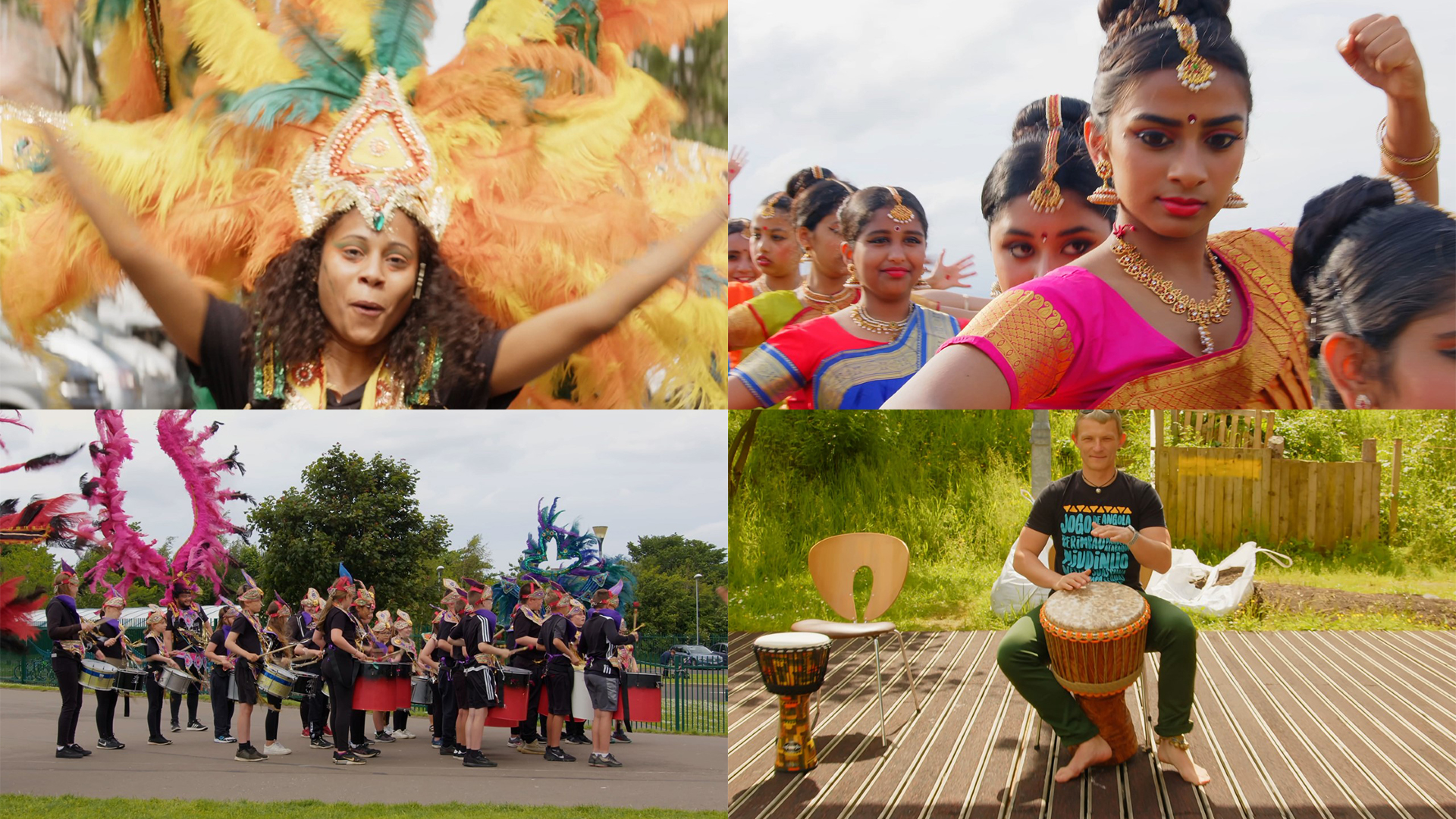 Welcome to the 2021 Edinburgh Festival Carnival