1974 was a crucial year for Jazz in Europe. The balance of power between the USA and Europe shifted, in a very significant way. For the first time, one of the elite musicians at the vanguard of the music in America, Keith Jarrett, chose to form a new group, and it consisted only of European musicians. Europeans had been playing jazz for five decades, and there were plenty of transatlantic collaborations, from Benny Carter playing with Scottish musicians in the late 20s to John McLaughlin and Dave Holland playing with Miles Davis in the late 60s, but the “Belonging” Quartet – with Jan Garbarek, Palle Danielsson, and Jon Christensen, broke completely new ground and changed perceptions around the jazz globe. 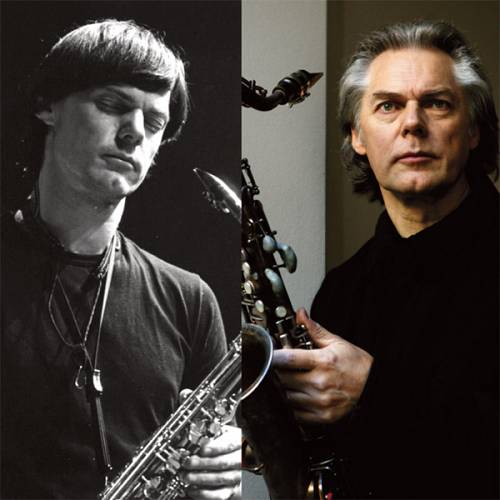 The “Belonging” album made the three relatively unknown Scandinavians into international jazz superstars. Jarrett’s talents were already hugely celebrated ( and soon to be more so with the 1975 Koln Concert), but the impact that saxophonist, Garbarek made was enormous. Here was a technical master who could match Jarrett’s virtuosity; bring a bright, sharp focus to the music; carry audiences away with his extraordinary sound; and bring awe, inspiration, and sheer pleasure with his huge emotive cries, playful instant melodies, distilled Coltrane-isms, and love of the folkloric. The band played together for five years, made three albums, “Belonging”, “My Song”, and “Nude Ants” with a live fourth, “Personal Mountains”, being released ten years later. All ECM Records. Every jazz fan should hear them.

Later in 74, Garbarek and Christensen teamed up with another great American, guitarist/pianist, Ralph Towner, who shed his established group, Oregon, for a one off recording “Solstice”. This became another international hit, and one of the quintessential ECM Records of all time. The German, Eberhard Weber played bass. Another leading US jazz musician, working with three Europeans!

Completists should check out “Red Lanta” a duo recording with US pianist, Art Lande and Garbarek, released in 1974, which highlights Garbarek’s flute playing as well as giving space to his haunting atmospheric solos.

At the same time, Garbarek toured Scandinavia and Germany, with the Jan Garbarek/Bobo Stenson Quartet – the Swedish pianist taking the Jarrett seat in this classic Quartet, and in 1974, Garbarek’s new musical concept was taking the lead in the group. You can hear it in the 1975 recording “Dansere”. Melody is key.  Huge arching, plangent, wistful themes that conjured up wide open spaces, and exotic northern landscapes. In the clutter of urban sounds, they were a cry, a tonic, a source of refreshment.

And then the saxophonist moved on, via fabulous collaborations with musicians like Brazilian, Egberto Gismonti, and Indians, Zakir Hussain and Trilok Gurto, to infuse his Nordic folkloric concept with the warmth and sunny sounds of southern musics. His little curved soprano saxophone started producing lovely, playful melodies rooted in music traditions from all over the world. Garbarek came from the north – he’s lived in the same street in Oslo since 1974, I think – on the very edge of the European jazz world 45 years ago, but he turned his music, and European Jazz into an international phenomenon.

You can hear his magnificent sound, his wonderful distillation of far north and deep south, and his extraordinary way with melody when he brings his group ( still featuring Indian percussion maestro, Trilok Gurtu), for a very rare UK concert at Edinburgh’s Festival Theatre as part of the 2019 Edinburgh Jazz and Blues Festival. 45 years on from changing the jazz world.